Cook summer goodbye, with stuffed tomatoes, peppers and zucchini!
Originally a summer recipe, since the ingredients are at their best at this time of the year.
The fact that they are stuffed only with rice, herbs and spices, caused them to be called fake which explains the absence of meat. They can also be found stuffed with minced meat, but my version is the fake one, pure summery, light, tasteful and the last thing I want to eat before summer ends!
So I cooked summer away...
What you need:
Depending on your pan and on your taste (some people only stuff tomatoes)
For approximately 15-17 tomatoes, peppers and zucchini I used the following:
2-3 small onions
1 1/2 Tbsp salt
1 1/2 tsp sugar
1 cup parsley
1 cup dill
1 tsp tabasco
2 cups rice
2-3 Tbsp olive oil
2 extra tomatoes just for the juice
breadcrumbs 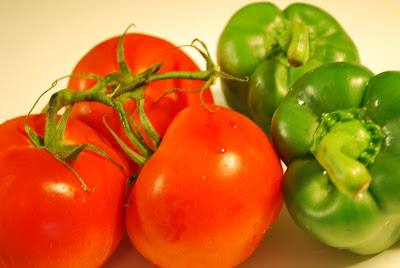 1. Wash the vegetables very well and.. 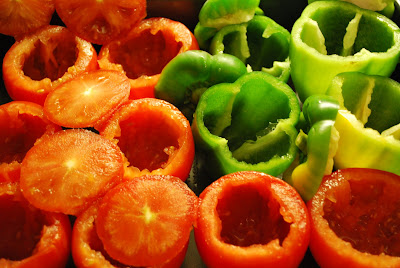 2. Cut the upper part! Let the tomatoes hats be still attached to the tomatoes, but cut completely the hats of peppers. The inner part of the tomato empty in a separate bowl for later. Clean the peppers from the inside and throw away the seeds. 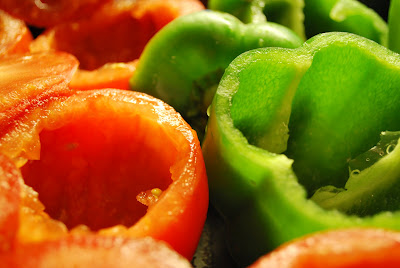 4. Neat and clean;) ready to be stuffed! Arrange in the pan nicely... 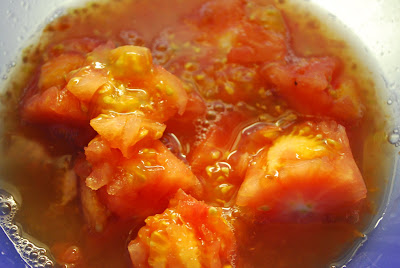 5. Meanwhile in the bowl where you kept the tomato take the big pieces and put in the blender to make it (almost) liquid. 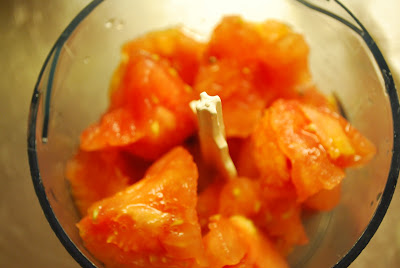 6. Until it is pureed! At this phase you can add 1-2 tomatoes extra for more juice;) It will add more taste and texture to the food! 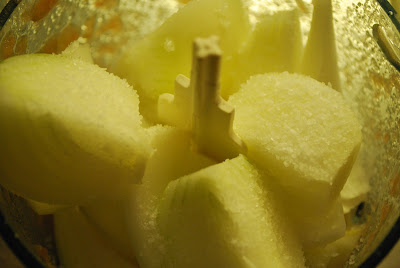 7. Do the same with the onion, put in the blender and add some salt so that their taste becomes more intense. 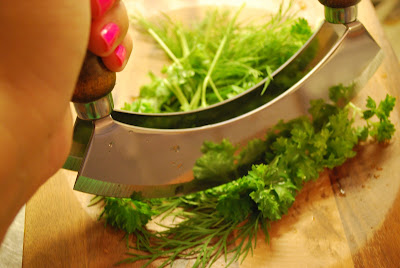 8. Cut the parsley and the dill and.. 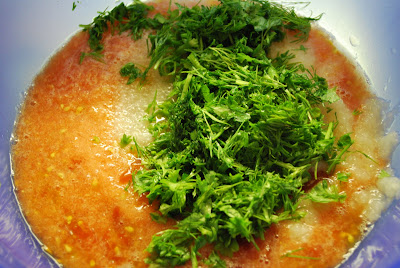 9. Put the tomato juice, the onion, the herbs and add all the remaining ingredients (oil, salt, pepper, sugar, tabasco)! 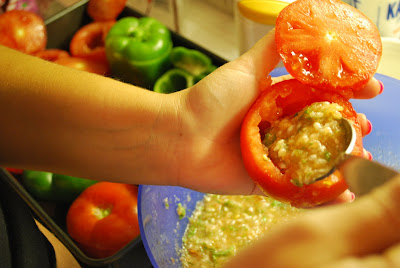 10. Stuff all the vegetables! 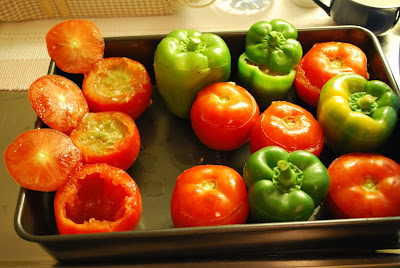 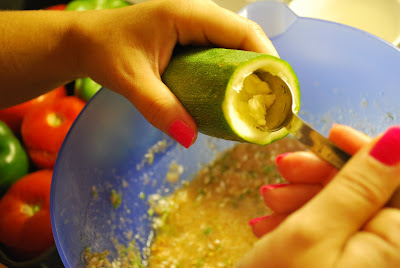 12. For those who decided to add a zucchini, now it is the moment! Cut them and with a small spoon remove the inside! 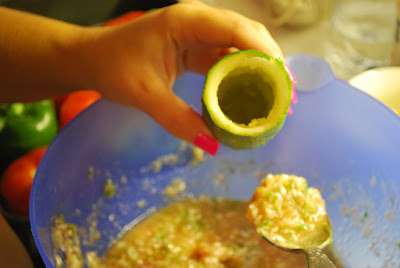 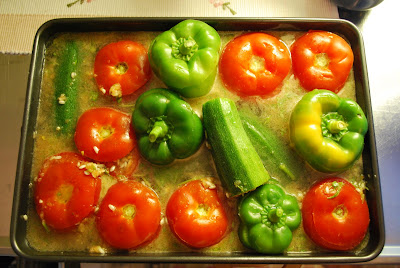 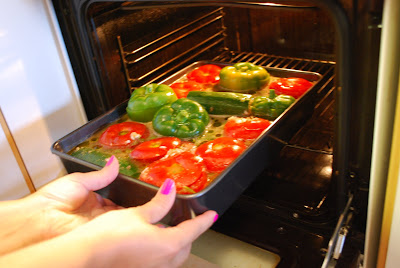 15. Put in the oven for 1h and 30min (depending on the oven it might need 1h and 45min) at 180° C. I usually put it at 200° in the beginning until the water starts boiling and later decreasing the temperature! At same time before lowering the temperature take the pan out and add some dried breadcrumbs on top of every hat, to avoid them burning! 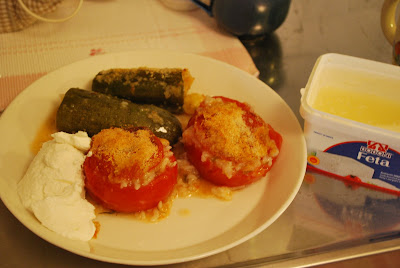